Share a memory
Obituary & Services
Tribute Wall
Read more about the life story of Louis and share your memory.

On November 14, 2022, Louis T. Schiavon, passed on peacefully, with his wife Lea by his side… to be with our Lord Jesus Christ at the age of 102.  Louis, a self-made man was born November 16, 1919 to Antonio “Tony” Schiavon and Eugenia Cadorin Schiavon when they lived in the oil fields of Coalinga, California.  After moving to Freedom as a child he graduated from Watsonville High School in 1937.  He worked at S. Martinelli and Company and quickly became a foreman.

When World War 2 began he worked at the Alameda shipyard as a certified welder before joining the ranks of the Merchant Marines where he reached the rank of second mate.  He served on various ships sailing through the Atlantic and Pacific Oceans… serving and seeing action in New Britain Island, Guadalcanal, Tulagi, Solomon Islands, Lingayen Gulf, and the Marshall Islands before leaving the service in 1946 after learning that his brother Dante was killed in India while serving in the Army.

After returning to the Pajaro Valley he started an apple juice company with a partner, Ben Bauer… and more importantly, met the love of his life Lea, and they married in 1950.

Louis was a well-known local businessman but he did not enjoy immediate success.  His apple juice company’s plant was destroyed by fire.  He then took his new wife to Alaska to mine for gold.

He returned to Freedom to run his family’s service station, the Bluebird, with his brother Mart.  They began selling war surplus cars, later recreational vehicles and a Honda motorcycle dealership; setting national records for sales in both.

He was president of the Freedom Boosters Club and served on the Pajaro Valley School Board for many years.  Additionally, he was instrumental in real estate development in the town of Freedom.

In 1959 he ventured out, with two other local men, flying round trip to La Paz, Bolivia, in a Cessna 170.  They had brushes with two revolutions in their quest to fly to the highest airport in the world, at that time.

In 1984 he and his wife moved to Arizona where he continued to use his business savvy in the greater Phoenix area.  They returned to Santa Cruz County in 1995 to live out their years saying, “It only could have been done with the Lords help”.

“Louie” enjoyed reading, writing, playing golf, flying, cycling and had a generous and kind gentle nature.  He always had time for others and was quick to lend a hand or give advice when asked.  He was respected and loved by friends and family… he will be missed by all!

A celebration of life will be posted at a later date.

To send flowers to the family or plant a tree in memory of Louis Tullio Schiavon, please visit our floral store. 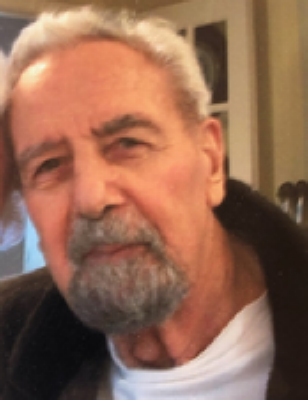 
Family and friends are coming together online to create a special keepsake. Every memory left on the online obituary will be automatically included in the book.

You can still show your support by sending flowers directly to the family, or by planting a memorial tree in the memory of Louis Tullio Schiavon
SHARE OBITUARY
© 2022 Mehl's Colonial Chapel. All Rights Reserved. Funeral Home website by CFS & TA | Terms of Use | Privacy Policy | Accessibility